How (not) to plan a cherry blossom trip to Japan

This year we were in Japan during the second half of March hoping, among other things, to enjoy the renowned Hanami or cherry blossom viewing. Long story short, we miscalculated only by a week, but as a result didn’t get to marvel at a pink foam of blooming sakura (cherry trees), so familiar from iconic images. Although cherry blossoms were not the main goal of our trip, we have learned our lesson and in this post we want to share some insight, so you do not end up stepping on the same rakes as we did.

Do your homework in advance

If you plan on visiting Japan during cherry blossom blooming season, do not be like us, do not go “for a couple of days”, plan a more lengthy stay that will give you some room to maneuvre in case anything does not alight with your agenda. Spring in my opinion is one of the best seasons to travel to Japan. It is relatively dry and sunny. And comparing to where we come from it is super-warm. Everything that one would need for a nice vacation, so why not stay longer? Well, let’s get to the planning… 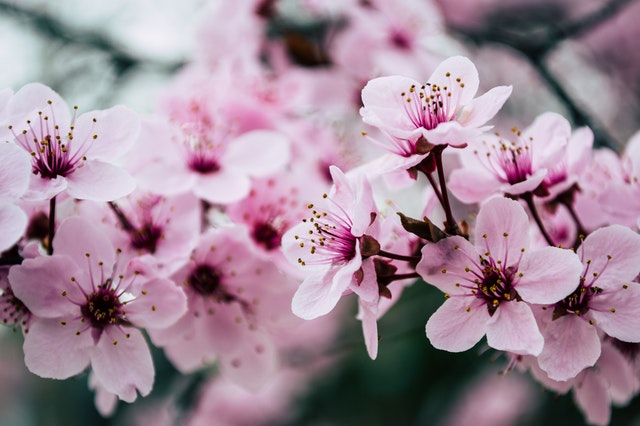 You might want to start prep work some time in advance. First reason, depending on your destination point, sakura blossom time might vary drastically: starting on Okinawa in the January, ending on Hokkaido in May. There are quite some handy websites that regularly update cherry blossom forecasts for major cities. Japan National Tourism Organization or japan-guide.com to name a few.

Despite the updates, consider that actual weather conditions still affect the blooming, so plan loosely around these dates.

The futility of overplanning

Despite all your best planning effort, the weather and nature might not play along. You want to avoid a situation, when you have all your destinations planned and pre-booked, but it is no use, because it has been too cold and in fact nothing is yet blooming. When dealing with nature, it is only wise to leave a space to some spontaneous moves, to be able adapt to the current conditions. Our rule of thumb would be choosing later travel dates, rather than earlier. Here is why… 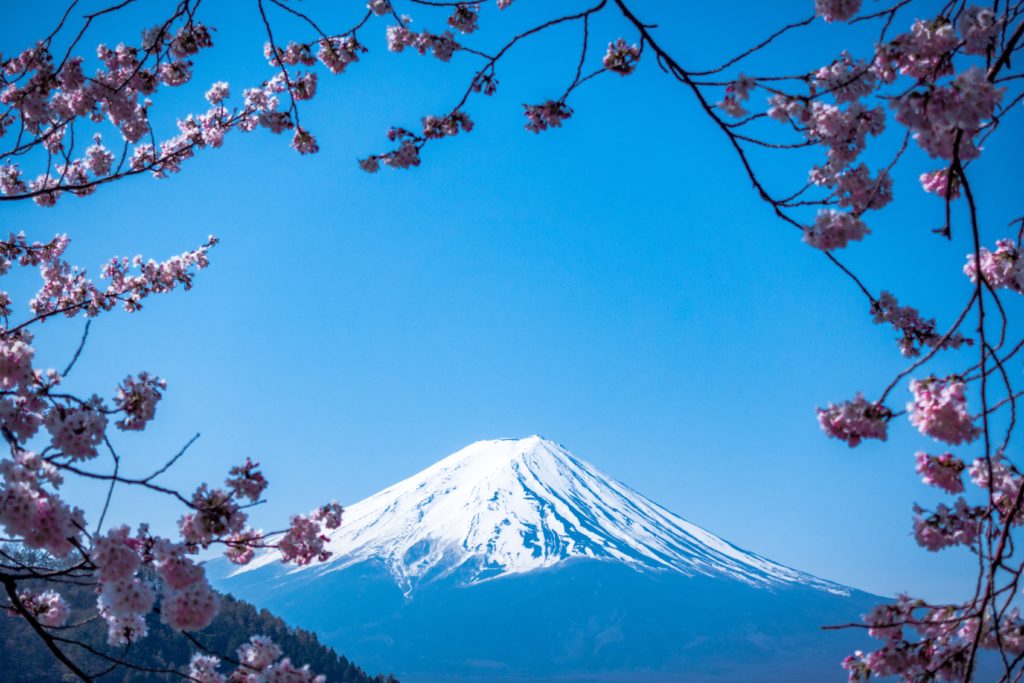 Geography is your friend

If you take Tokyo as a base of your stay, you can leverage a shape Japanese archipelago to extend the cherry blossom opportunities up to May.

Major tourist-magnet cities like Tokyo, Osaka, Kyoto, Hiroshima, Fukuoka, etc. span across the same latitude, which means sakura blooms more or less at the same time there. Usually end on March – beginning of April. However, during April and up to the mid-May from Tokyo you can easily chase cherry blossoms up north, to Tohoku region, or even to the Hokkaido island. Tohoku-Hokkaido shinkansen can conveniently take you all the way from Tokyo station to the Shin-Hakodate-Hokuto station (south of Hokkaido island) in under 4.5 hours.

Actually, we enjoy train travel in Japan a lot just by itself, so the time spent in transit is not wasted for us. It is just another tourist attraction – selecting ekiben and snacks on the station, eating the bento on the train, staring out of the window. It is all part of the adventure.

Not willing to wonder that far from your home-away-from-home? Off to mountains then. Due to natural elevational zonation in mountains, moving higher up will give you later blooming time, up to couple of weeks behind “sea-level”. The super-easy daytrip destination is Mt. Takao near Tokyo. Alternatively, you can spice it up going for Hakone region, combining cherry blossoms with the magnificent view of Mt. Fuji.

You do not have means to make a long trip, but still hope to catch one tiny glimpse of cherry blossoms before it ends? If you are not too late, there still is a chance you can see those pale pink petals. Just investigate your nearest parks or city gardens. In Tokyo, for example Ueno Park and Shinjuku Gyoen National Garden are rich not only in number of cherry trees (each has around a thousand trees) but in variety of sorts, and some sorts bloom later that others. Late-blooming sakura tree sorts flower up until end of April (in Tokyo area). Incidentally, those are some of the fluffiest too!

Whatever your main point of interest in Japan might be, we believe that having a Hanami party in Japan and embracing the essence of this experience is really worth the trip. Just go for it if you have a chance. Hopefully, our strategy and tips will help you to get the most of it.

However, if cherry blossom viewing is not particularly your cup of tea, here is our selection of 30 more reasons to visit Japan including intricate traditions, futuristic tech and food-to-die-for:

HTTPS - false sense of security for a common internet user