How I met my Lexus

I’ve never figured myself for a driver. For many years before I’ve got driver’s license cars were just pretty objects to me. I liked being in one or rather I liked the comfort of it. I knew all the major brands like any other fellow would. But to drive one myself? That was definitely beyond me. “Too scary. I have attentive disorder big enough to be a mortal danger to everyone on the road”. Anyways that was my MC related to car ownership.

One day my brother was talking to dad about “Lexus” and dad’s acquaintance owning it. I still remember their faces. As if they were talking about a guy who owned a royal jewel or something. Mind you it was mid-90’s and here in Estonia there weren’t too many luxurious and expensive foreign cars. I didn’t know at the time what “Lexus” was. Yeah I was told it’s a car. So what? Back then I was working in computer shop and clients were driving me to their offices/homes to fix something. Some of them had cool Audi’s and one even had brand new Volkswagen Passat which was totally crazy at the time. Couple of years later this Lexus guy happened to be my boss for awhile. Both him and I played volleyball and one day he picked me up for sports practice. In that exact car I’ve been hearing about so much about. 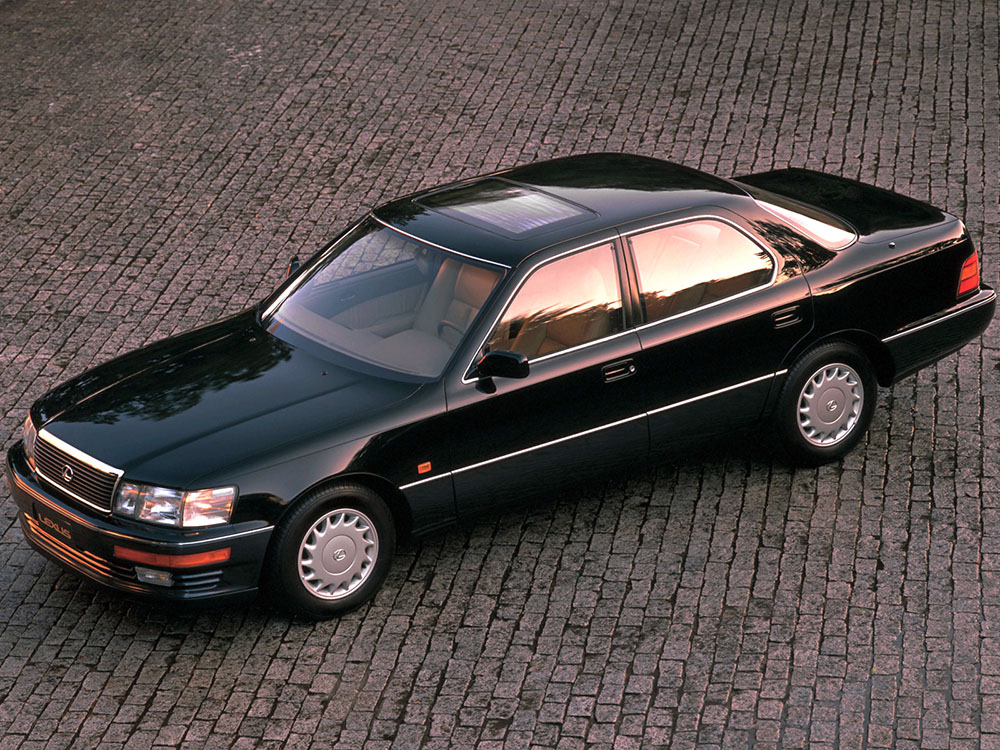 Needless to say I was dumbstruck. Literally! Comfort level was incredible. It wasn’t a car. It was a barge and road below the car was a calm evening sea. It just oozed serenity. And oh those optitron gauges looked completely out of this world. I’m pretty sure I was turned back then. At least I knew I wanted one. Not on $250/month salary of course. It very well could’ve been $1000000 car. I would never ever have one of these I thought. Normal people who do not steal or kill do not earn enough to get something this expensive, right? It’s different time now.

Few years back my wife proposed the idea for both of us to go to the driving school. Somehow it just happened. After a few scary months I became proud owner of a license to drive. So it was time to drive something. For the first couple of years I got to drive my dad’s good old Mitsubishi Galant. Then it was time for my own first car and you don’t have to be a genius to figure out what I’ve bought. 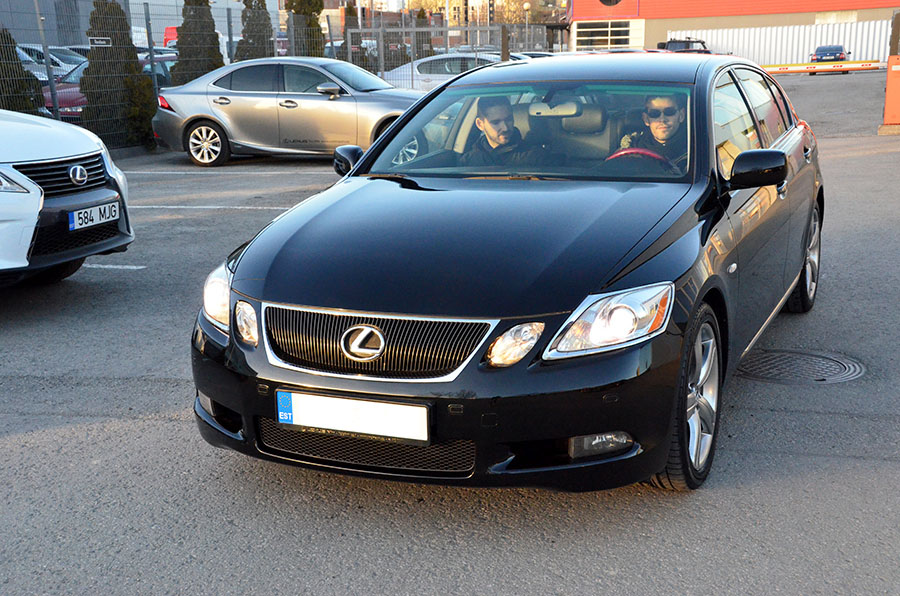 Test drive took 20 mins and I was sold. After couple of weeks I’ve driven one out of the dealership. It wasn’t too new or anything (new 4th generation GS was already on the market for couple of years) but it was marvelous thing. Quiet, agile, effortless to drive. I was slightly disappointed by rougher ride than I’ve expected from Lexus though. Naturally aspirated V6 paired with 6-speed automatic transmission had this incredible instant throttle response. Boy it was a joy to ride. I’m not a road maniac but I had my fair share of crazy overtakes on a highway and some fun on German autobahns. I also liked the fact that 3.0 liter petrol allowed car to heat up quickly in winter time. You can never go wrong with big displacement. By European standards anyways.

And then it was time to look for a replacement. I wasn’t planning on doing it this year since our trip to Japan is coming up. But guys in the office started changing their cars and suddenly I felt the urge to do it too while my GS still held some value on the market. This time around I was looking for SUV. AWD and more trunk space were the criteria. Most obvious choice was Lexus RX450h but I wanted something with more character. I knew Lexus RX won’t be as agile as GS. It’s all about economy now. Turbos, CVTs, small displacements. So I’ve checked Porsche Cayennes and X5 but none of them spoke to me. Plus they had reputation and latter also has issues with reliability. Yep I was spoiled by legendary Lexus reliability. Out of curiosity went to test drive new Audi A4, 2.0L petrol which made 0-100km/h in 5.9 seconds. Incredible pull, very easy steering, small trunk. And while I was at it tried new Lexus GS300h. Riddled with cool tech but boy it was sluggish. Then one of my co-workers mentioned nice RX450h he has seen in one of dealerships. I’ve seen in before in the ads but dismissed early since I was looking at German SUVs at the time. Went there with Alisa, got a test drive…

Say hello to my not-so-little friend! 🙂 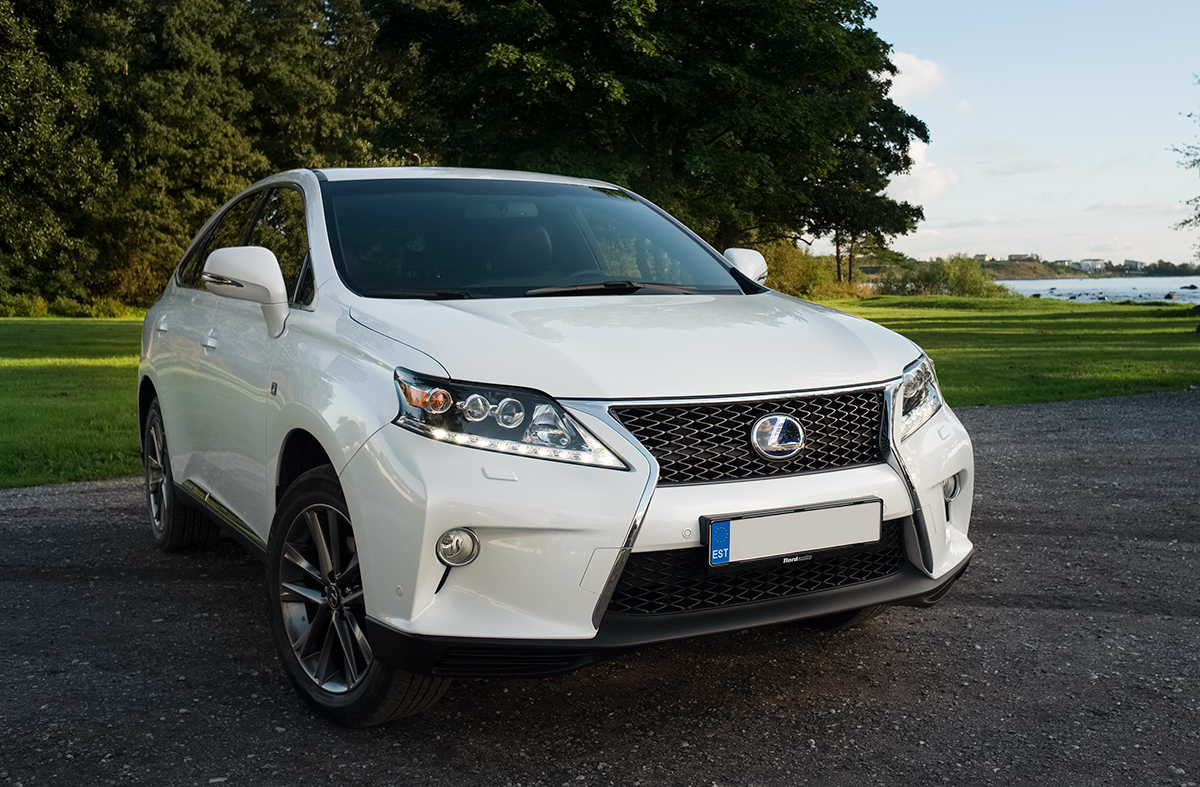 It’s now been 2 weeks. What I like about it. Obviously tech things GS did not have. HUD projected on a windshield so it’s easier to check the speed without looking down. Automatic daytime running lights, automated tailgate, bluetooth audio with 15-speaker Mark Levinson Premium sound (even though GS had it too). And those huge side mirrors that you simply don’t need to adjust. I also think Lexus makes one of the best seats. You can make hundreds of kilometers before your butt starts begging for a break. Rear passengers should also be comfy. Reclining seats that you can move all the way back, completely flat floor. And let’s not forget big trunk of course. It’s not the biggest trunk there is but now at least I can drive my winter tyres to the dealership with much more ease. I used to place two of them on the backseat of my GS. Terrible idea for a leather yup.

But it’s car after all right? So how does it ride? It is most definitely agile thing. Yes eCVT transmission is relatively annoying but hybrid drive helps 3.5L V6 to propel 2.7 ton body to 100km/h in 7.8sec. It’s no X5 or Cayenne GTS but still faster than most city SUVs and no crappy diesel rattle at the idle which makes even most expensive cars sound like a lorry truck. At idle it’s obviously dead silent. Up to 50km/h RX typically uses EV drive. Then petrol engine smoothly kicks in. Much better than start/stop system on non-hybrid vehicles where you either loose precious seconds at the junction when you need to start fast. Or when driving to the stoplight you realize you’ll make it but engine suddenly shuts down. Hybrid has the best of both world I think. F-Sport version also has special dampers to keep body roll in check. At the expense of ride comfort though. Yes again it’s a bit rough but I don’t have a problem with that anymore. As long as I get to not minding curbs and less trouble in a snow in wintertime that’s just ok 🙂

Now I can’t wait for a next trip around Europe next summer!

Rule 10 - Be forgiving of other people’s mistakes